Your favorite pair of hair shears lose their edge after repeated usage. Before buying new ones, read this article on how to sharpen hair shears to save a pretty penny! 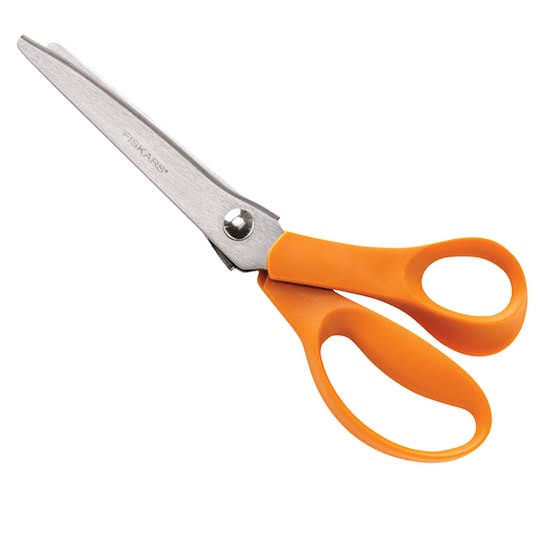 If you haven’t been regularly cleaning and oiling your scissors, a day at the salon can really roughen up its edges. Debris from hair and bacteria buildup aren’t just a hair hazard, it’s hazardous to your scissor’s sheen.

How To Sharpen Hair Shears

Using store-bought scissor sharpeners is the easiest way to get a sharp pair of scissors, fast. Scissor sharpeners come in a variety of different configurations, and even the cheapest ones offer crazy good polishing and refinement. What you need to do with scissor sharpeners like Fiskars’ Tabletop Scissor Sharpener is hold the device down on the table with the gripping end, and put the scissors in the vice provided. With each cut, the wedges on the device push your blades closer together and sharpen their edges. 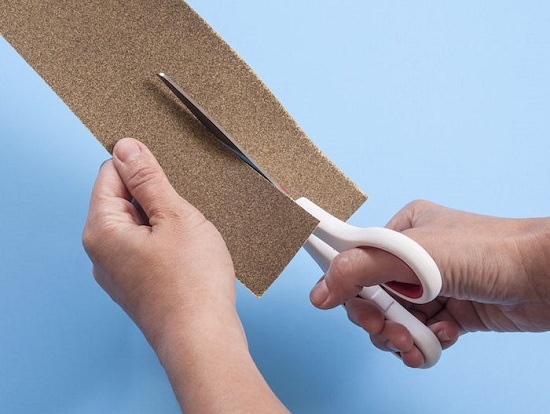 One way to sharpen your scissors is to take a piece of sandpaper and cut strips of it with your scissors. As a result, the sandpaper sharpens the edge of the scissor’s blades with every cut.

For better results, take the sandpaper and fold it in half. Make sure the rough edge is on the outside of the fold. Cut through the folded sheet. Consequently, this lets the sandpaper grind on both edges of the blade at the same time.

Take a big piece of aluminum foil (8 by 10 inches should do) and fold it multiple times until you have one long strip. Start cutting this long strip lengthwise. Use full scissor strokes to even the grind. The metallic friction generated by each layer of foil you cut through will sharpen your scissors with each stroke. Cut as many strips as you need to sharpen your blades. 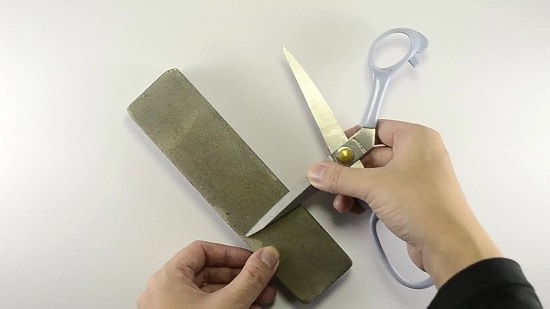 Whetting stone, or sharpening stones, or grinding stones, are available at your nearest hardware store. This method works the best for dull blades that other methods won’t fix. Sharpening stones are dual-layered. One side is grainy and coarse(for grinding), and the other side is finer (for polishing and refining).

Unhinge your scissors by removing the central screw keeping them together. As a result, you have two separate blades that you can individually sharpen.

Firstly, lubricate the whetting stone with oil or water. With the cutting side of the blade placed face down on the stone, push the blade into the stone and pull it towards you a good 10-20 times. Finally, tilt it at an angle (where the blade tips into its cutting edge) and push the edge into the stone until it grinds to a sharper edge. Practice this method on old scissors until you get the hang of it. Do this for both the blades of your scissors.

Finally, when your scissors are sharp enough, finish it up with the finer side of the stone. A few swipes on the opposite side of the whetting stone should give it a nice, smooth finish.

Screw the blades back together, but not too tightly.

Another method that you can use to sharpen your scissors is by opening them as wide as they can go, put a small mason jar in the middle and closing the scissors around the mason jar. Use light pressure to not damage your scissors, and they should slide right around the jar. Repeat as many times as your scissors need to sharpen up.

Use a mason jar that you don’t mind spoiling, as the blades might leave scratch marks on the glass surface. 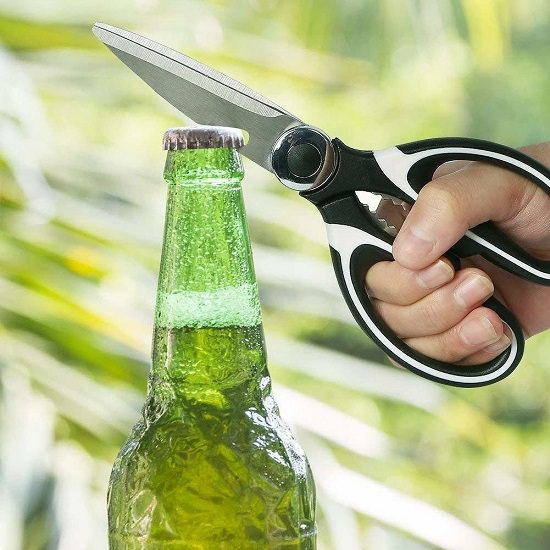 Alcohol isn’t much of a sharpening agent as it is a cleaning agent. A few swipes of alcohol on your shears can really lengthen their lifespan as it cleans out the gunk and rust from the blades, letting it stay sharper for longer.

Much like the mason jar method above, what you need to do is pretty simple. Take your scissors, open them wide up, and put a safety pin or thick needle in the middle. Then, using full strokes, “cut” around the safety pin so that the metal grinds against each other. You should see your scissors getting sharp after every single stroke. Repeat as much as required to get your scissors to optimum sharpness.

End the process by cutting a few strips of cardboard or paper to knock the burrs off of the blade. 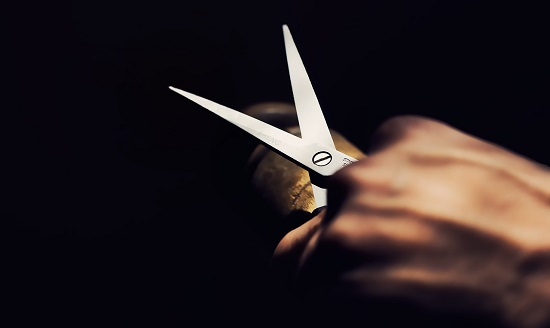 A standard store-bought file can do the trick. What you need to do is unscrew the blades, and with the cutting side of the scissors placed up, start filing slowly at the edge. With a gentle, even pressure, make sure that the angle at which you file the scissors remains the same or it’ll give them an uneven edge. Once you’re done filing the blades to your liking, sand them off with fine-grit sandpaper and cut a few strips of cardboard to eliminate any burrs that might have formed on the edges.

Steel wool, much like aluminum listed above, has an abrasive property to it. Simply take a ball of steel wool, and cut through it. Within a minute or two, your scissors will be razor-sharp. No tricks or gimmicks, steel wool just does the trick. 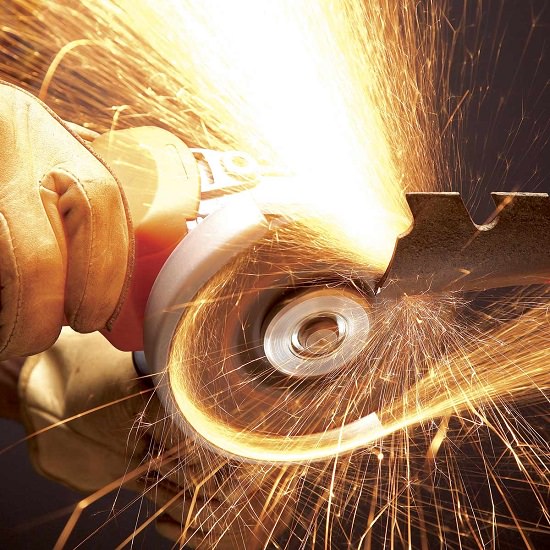 If you have a grinder at home or in your garage, you can sharpen your blades using sandpaper of different grits. Once you have your scissors disassembled, use 100 grit sandpaper to file the edges and then using 300 grit sandpaper, polish them up to a razor-sharp shine.

In each of the methods listed above on how to sharpen hair shears, it’s important to follow basic hygiene parameters. Wiping down the scissors with a damp paper towel will get rid of any debris that might have been deposited on the blades while you were grinding or cutting. These burrs can also be knocked off by cutting fabric or cardboard, or even just opening and closing your scissors a few times.

It’s also important to note while assembling your shears back together, that the screw that holds your scissors together isn’t too tightly screwed in. If it is, it causes unnecessary tension on the blades and they wear down easily. Too loose, and it doesn’t have the shear force it should.

Lastly, we hope that this how to sharpen hair shears article helped you in maintaining your scissors sharpness for long. If you try some other method than the listed ones above, let us know via comments!