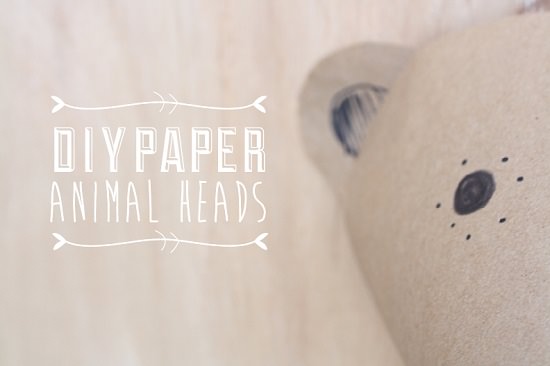 I am a huge believer of recycling previous project materials! Then I don’t have to go to the craft store and drop more money – and my husband can back me up on this! It’s always nice to just think of something fun to do with what you already have! It stretches your creativity too.

I was hanging out with my kids today, watching them play and make messes. Nothing out of the ordinary of course. I watched them fight over the toys and insist on saying “mine”. Which is my least favorite word by the way. Then, for whatever reason in the middle of our usual disorder and chaos, a thought popped in my head. Perhaps it was to escape reality for a second or two. Perhaps to distract them from the ongoing toy battle. I thought of a fun little DIY! 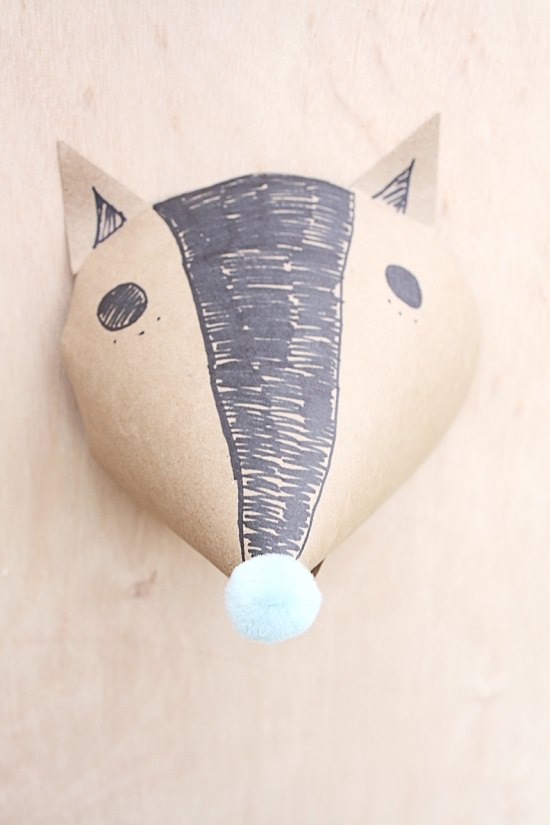 Using some left over Kraft paper from Christmas, a sharpie, colorful pom pom’s, tape and scissors I slowly created fun little paper animal heads for the kids! I simply cut a circle out of the paper and cut an additional triangle from the circle. Like a pie slice. I took my sharpie and drew out our funny raccoon, fox and bear faces. We talked about where the eyes, ears and noses were. I pulled the two ends of the circle together so the face popped forward (like a cone) and secured it with tape in the inside of the cone so the tape would be hidden. I glued the pom pom on the tip as the nose and taped the ears on to the faces as well. The kids LOVED the little animals!

This craft took minutes and I enjoyed doing it with the kids. It’s so nice when I can include them in all the DIY fun – there is nothing I love more than to watch them be amazed by the simplest things. I love projects like this myself. For all those times I wonder Anthropoligie admiring all their quirky decor and handmade appeal. Of course, this isn’t as refined as most of their projects – but who says it has to be! 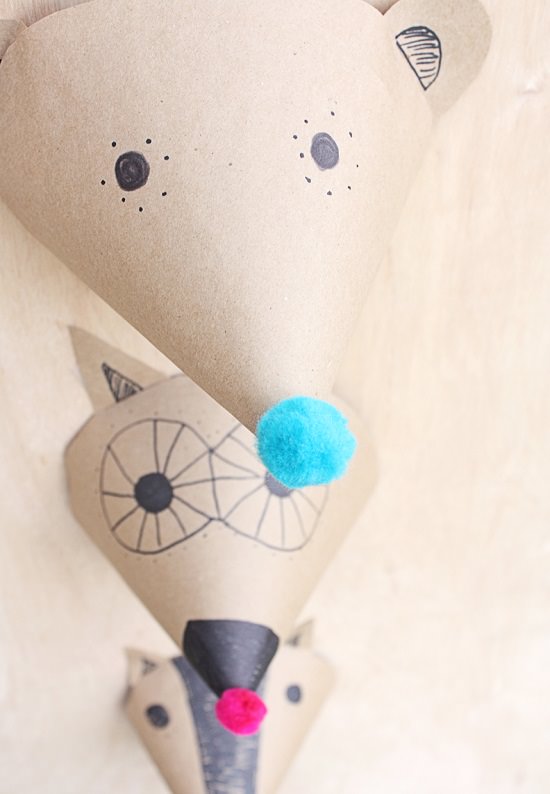 What do you think of this silly little craft? Would you make something like this for your home, regardless of whether you have children or not?