8 Ways on How to Remove Mold From Shower Caulking

Find out How to Remove Mold From Shower Caulking without using any expensive products in this short yet informative article!

Mold growth on the shower caulking not only looks unpleasant and unsightly but also poses a significant health risk. That’s why if you want to know How to Remove Mold From Shower Caulking, read this article.

Here are some indoor plants to get rid of mold

Caulk, also known as caulking, is a flexible, waterproof sealing substance used as a sealant to fill the gap or joints around the edge of windows, tubs, showers, pipes, doors, and plumbing to stop water, bugs, or air from entering your home.

How to Remove Mold From Shower Caulking?

Try out some of the best ways to remove mold from shower caulking, described below!

Bleach has an active ingredient named ‘Sodium hypochlorite,’ which works as a disinfectant, making it an ideal home remedy to remove mold, mildew, and stains from the caulking. It works by reacting with water or other inactive ingredients.

Add one cup of chlorinated bleach and 1/4 gallon of water into a bowl and stir them well. Empty the resultant solution into an empty spray bottle. Spritz it onto the mold-affected caulkings and spread the solution using cotton balls. Now, scrub it with an old paintbrush for a few minutes to get mold-free caulking. 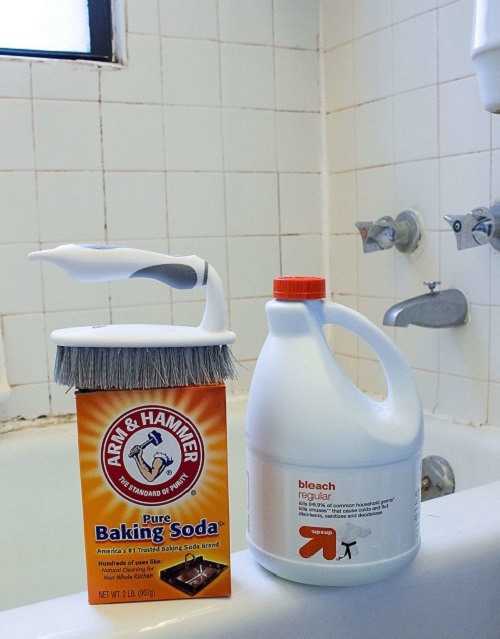 Bleach alone has the capability of removing mold from the shower caulking. But if it doesn’t, try the combination of sodium bicarbonate and bleach to eliminate the mildew instantly. As the baking soda is mildly abrasive, it lifts the dirt, grease, and fungus from the caulking. It’s one of the best ways to remove mold from shower caulking.

Combine 1 cup of chlorine bleach with 1/2 cup of baking soda in a mixing bowl to make a lump-free paste. Now apply a coating of this mixture on the mold and let it sit for a couple of hours. After that, wipe it out using water. Redo the process until the mold is gone. 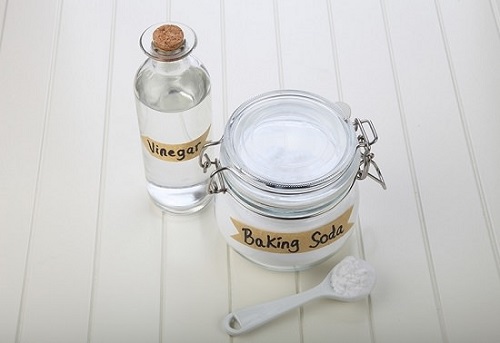 Pour one cup of white vinegar and four tablespoons of baking soda into a bowl and combine them well. Now, apply the paste on the mold-affected shower caulkings. Leave it for 5-10 minutes, then rinse it with lots of water.

If the above remedies do not work, try hydrogen peroxide, as it will surely do the job. Hydrogen peroxide is effective because of its anti-fungal and anti-bacterial properties. While using the below remedy, wear hand gloves to avoid any mishaps.

Fill 3% hydrogen peroxide into an empty spray bottle. Now spray it on the mold and leave it for 5-10 minutes. Then scrub the mixture using an old paintbrush until the shower caulking looks clean. 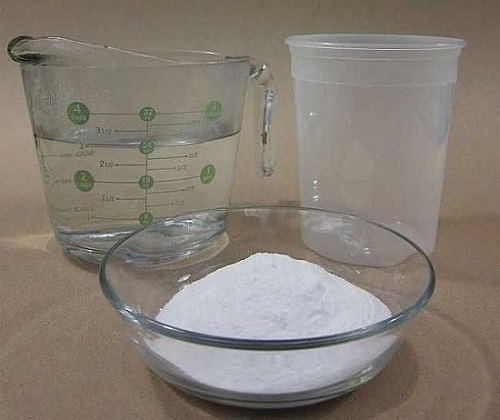 Borax is an excellent mold killer because of its anti-fungal qualities. Unlike other mildew-removing products, it does not release toxic gases. As borax is alkaline, it’s highly useful to kill the fungus. Furthermore, the borax powder eliminates ants, cockroaches, and fleas.

Mix 1/4 cup of borax powder and 4 cups of water in a large bowl. Soak a sponge into the solution and saturate the shower caulking area. Now, rub the surface using a stiff-bristle brush. 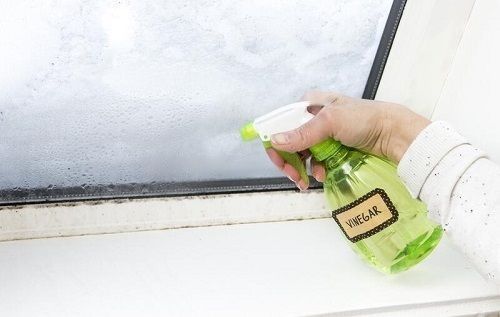 Fill an empty spray bottle with undiluted white vinegar. Spritz it all over the shower caulking, and wait for 1-2 hours. Before wiping the shower caulk with a sponge, scrub it with an old toothbrush. Repeat the process if required.

Ammonia is a potent chemical that kills all kinds of mold growth. But it works on non-porous surfaces like shower caulking. Always use this method with adequate ventilation. Don’t forget to wear a good quality face mask, hand gloves, goggles, and high-sleeved cloth.

To make a mold-cleaning solution, empty undiluted ammonia in a spray bottle. Spread ammonia on the shower caulking and let it sit for half an hour. When the waiting period is over, give the caulk a good scrub with a bristled brush. After that, wipe the surface with a sponge.

If you don’t want to use harsh chemicals against mold, tea tree oil is for you. Thanks to its anti-fungal properties, tea tree oil easily remove mold from shower caulking.

Pour a teaspoon of tea tree oil and a cup of tepid water into a spray bottle. Shake the bottle and apply the prepared liquid all over the shower caulking. Wait for an hour and then wipe it with a cloth.

How to Prevent Mold in Shower Caulk?

Mold can cause various issues, such as nasal congestion, eye inflammation, cough, and throat sensitivity. That’s why it becomes necessary to prevent mold infestation. You can take below preventive methods to prevent the mold from appearing:

By trying the above quick hacks, you’ll be able to remove mold from shower caulking efficiently. But if the previously listed remedies don’t respond, then replacing caulk is the final choice.

Find out how to remove mold from car seats here

Does Ammonia Repel Snakes? | How to Keep Snakes Away?

Does Ammonia Repel Snakes? | How to Keep Snakes Away?